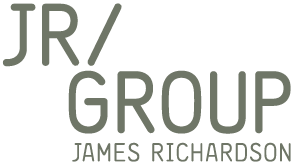 David Mandie AM, OBE arrived in Australia with his family in 1921 and spent his formative years in Richmond. Forced to leave school at 13 during the Great Depression he worked in the family barber and tobacconist shop, Mandie Stores. In 1953 he purchased a wholesale liquor business from the estate of hotelier James Richardson (est. 1892) and merged the two businesses, opening the way to become Melbourne’s leading tobacco, wine and spirit distributor.

In 1956 he branched out into furniture importation and more than 60 years later this business continues to thrive today as JRF (James Richardson Furniture) sourcing, developing and supplying quality furniture solutions across a range of relevant industries and sectors in the commercial space.

In 1972 he saw the potential of duty free retailing and launched James Richardson in that market and soon became known as the ‘Pioneer of Duty Free’ in Australia. He built the company into an industry leader which over almost five decades operated at different times in Australia, New Zealand and Israel. The Australia and New Zealand operations were sold in 2018 whilst JR/Duty Free Israel continues to operate at airports, ports and border crossings.

A high achiever in business, David Mandie was also a keen and successful sportsman, playing district cricket for the Prahran Cricket Club. After his playing days he retained a lifelong interest in the club as their Trustee and Patron-in-Chief.

His passion for the Richmond Football Club was legendary. He saw his first game at age five when Richmond ‘stole his heart’ – the beginning of a lifetime of support for The Tigers, where he held the position of No. 1 Ticket Holder and Premier Patron for many, many years until his passing. His passion and commitment to the Club and to life in general was apparent, when at the age of 90 he purchased a Richmond Football Club 100 Year Membership.

The name David Mandie has always been synonymous with philanthropy with particular focus on Health, Arts, Education and Sport. He was proud and humbled when his service to the community was acknowledged with an MBE in 1965, an OBE in 1980 and an AM Order of Australia in 2003.

He gave his time as a committee member, trustee, patron and supporter of numerous organisations and chaired the task force set up by the Victorian Football League (VFL) to identify problems within the league and make recommendations. The Mandie Report, as it became known, had a profound influence on the creation of the Australian Football League (AFL).

He was a man of passion, drive and commitment; a man of presence, integrity and loyalty.

We at JR are privileged to have been guided and mentored by this truly remarkable and dignified man, who lived an extraordinary life and gave so much to others. 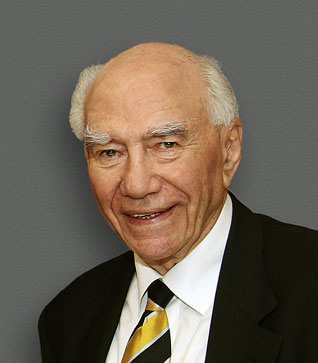